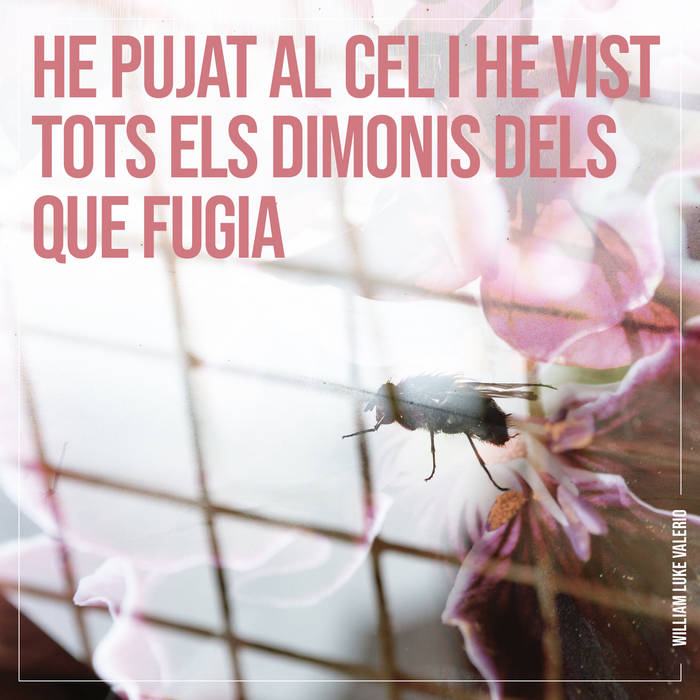 He uses uses demeaned voices, rotten whispers, spoken-word transitions and field recordings combined with a plain use of guitar to provide an intimate glance to the human realm of absurdity. Lead by the hypnagogic vision of the ‘you must have a goal in your life’ totem (first trap we settle to our own offspring), humans of western societies often develop in a plastic-ruled-careless-reigned-distraction-led-Greenhouse. Here roses are born without shame nor empathy or smell. While the world screams for the release from this (probably self-imposed) constraint, the truth is individuals get born, grow up and die. And everything stays pretty much the same. Well, crooning to the sparks of beauty emanating from this noxious swamp should be fun for sure.

After playing with his all-time-band Purkinje purkinjerock.bandcamp.com/album/la-malaltia , Rafel gets to this solo project by accident, since the other bands he was involved with were focused on other musical experimentation fields. Initiating the musical pieces in his room during insomnia-driven nights, the first album of William Luke Valerio (‘He pujat al cel i he vist tots els dimonis dels que fugia’) was recorded in February 2019 and will be released by the end of summer 2020 probably. When he is not playing music, he is writing things down, organizing concerts / releasing music with the label/cultural association Formes Diverses de Vida fddvida.bandcamp.com and since last May, doing research in a neuroscience laboratory. New times, old dreams, same shit forever.

The full album will be out on Tape via Formes Diverses de Vida & Krimskramz.

Krimskramz is a DIY label. It has been founded in the beginning of 2015 in Würzburg, Germany and has been relocated to Barcelona in the end of 2015.
No relocation of genre has taken place, but from focusing on Punk and Emo the label has opened up to additional genres, that are less conventional.

If you like He pujat al cel i he vist tots els dimonis dels que fugia, you may also like:

Bandcamp Daily  your guide to the world of Bandcamp

New sounds from Mavi, Ivy Sole & Moderator, plus AJ, the One joins the show, for her latest release